How to Minimize Temper Tantrums!

Posted on January 28, 2011 by Lisa Cratty
Get Shareaholic
Tweet

For Family Fridays I thought I would talk a little about a problem that most of us have or will have in the near future! If you have kids you probably know about temper tantrums.  They’re normal and a part of kids learning to manage their emotions, but never the less they are still really hard to deal with sometimes.  Here are some things that really work for me to minimize them – notice I didn’t say to make them disappear!  They’ll still creep up but these practices really do help: 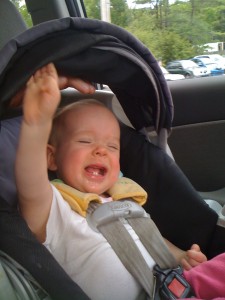 Ok, so now what happens if you’ve done everything but the tantrum happens anyways?

Experts say not to bribe your kids to get them to stop the tantrum (i.e. Mommy will give you a special treat if you stop yelling!)  I’ll admit it, I’ve done this before, especially when it’s a public display!  It’s always best not to, though, since you’re not really teaching your children anything by doing that.  It really just gives them another reason to throw a tantrum because they learn they’ll get something from it.

If your children’s tantrums are really severe, i.e. your child is hurting themselves or others, they go on for a really long period of time, they happen on a regular basis – talk to your doctor.  There are a lot of resources available to you.

Good luck and let us know if you have any great tips for minimizing tantrums in the comments!

3 Responses to How to Minimize Temper Tantrums!